New York Times Best-Selling Author Wes Moore provided lots of wisdom in his keynote address to the more than 4,000 attendees at the Southern Association of Colleges and Schools gathering in downtown Atlanta, Ga.

ATLANTA–  I have a lot of memories of Atlanta, but few of those memories are of keynote addresses.

The fact is many  speeches at academic conferences are not especially memorable.  That was not the case earlier today as more than 4,000 attendees at the Southern Association of Colleges and Schools Commission on Colleges (SACS-COC) gathered for their annual meeting. 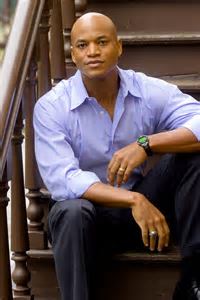 Tonight, Best-Selling author Wes Moore left me with several things that are worth sharing, many of which are included in his book, The Other Wes Moore.

Moore, a Rhodes scholar and army vet, didn’t appear to speak from a prepared text.   He just spoke from the heart and his message came through loud and clear.

Here are 10 takeaways for me:

1. Most of us find out about jobs through non-traditional channels, not the classified or Monster.com job web sites

Especially in higher education, we sometimes forget about how the rest of the world lives.   While his talk was not focused on jobs, Moore mentioned the role that higher education can play in addressing the nation’s unemployment rate.

3. When we die, will it  matter that we ever lived?

A mentor for Wes Moore, in his final days as he was suffering from cancer posed a variation of this question to Wes, who posed it to those of us at the SACS-COC gathering.   It’s one we all should ask ourselves each day.

This is something readers of Rick Warren’s  The Purpose Driven Life will remember. Our lives are not designed to  be about personal accomplishments  Rather, it’s what we do with our lives for others that really counts.

5. College is not about getting a transcript or a degree.

Even without a notepad and pen tonight, I remembered this line from Moore’s keynote address as it was repeated at least three times.   It was especially appropriate for college administrators and faculty who filled a ballroom at Atlanta’s Hyatt Regency Hotel.

6. Community Colleges in this country are very important.

With so many community college representatives in the audience, Moore received applause twice when he reported on his experience receiving an associate’s degree, before going on to Johns Hopkins University.    He also told the story of Wes Moore’s mother who attended community college.

7. The most important words in the title of Moore’s book are “The Other.”

As a future book author, I learned a lot from Wes Moore about publishing.  He told the story of how the title of his best-selling book came about.  Rather than his name,  the first part of the title was most important.

“It is the others who will make the difference between who we want to be and who we are,” Moore has said in talking about “The Other.”

8. Publishers don’t always listen to the author of the books they publish

Even though Moore presented  a list of titles to his publisher, none of them was selected.   Future authors like myself have to be prepared for realizing how little control we have over our published works when they are in the hnads of a publisher.

9.  You can give a speech without a text or notes

As I mentioned earlier, Wes Moore just talked to us for nearly an hour. His address was not canned or delivered from a script.   It was more in the format of a TED Talk.     It was a motivation for us scholars who often feel compelled to have a script.

As readers of Moore’s book will find, it really is true that it’s not where you start, but where we end up that makes the difference.  High expectations play a much larger tole in what can achieve than the environment in which one is raised.

NOW IT’S TIME TO READ THE BOOK!    I am glad I purchased Moore’s book before coming to Atlanta for this conference.  Tonight he autographed it and I’m reading it looking for more bits of wisdom.  Stay tuned!